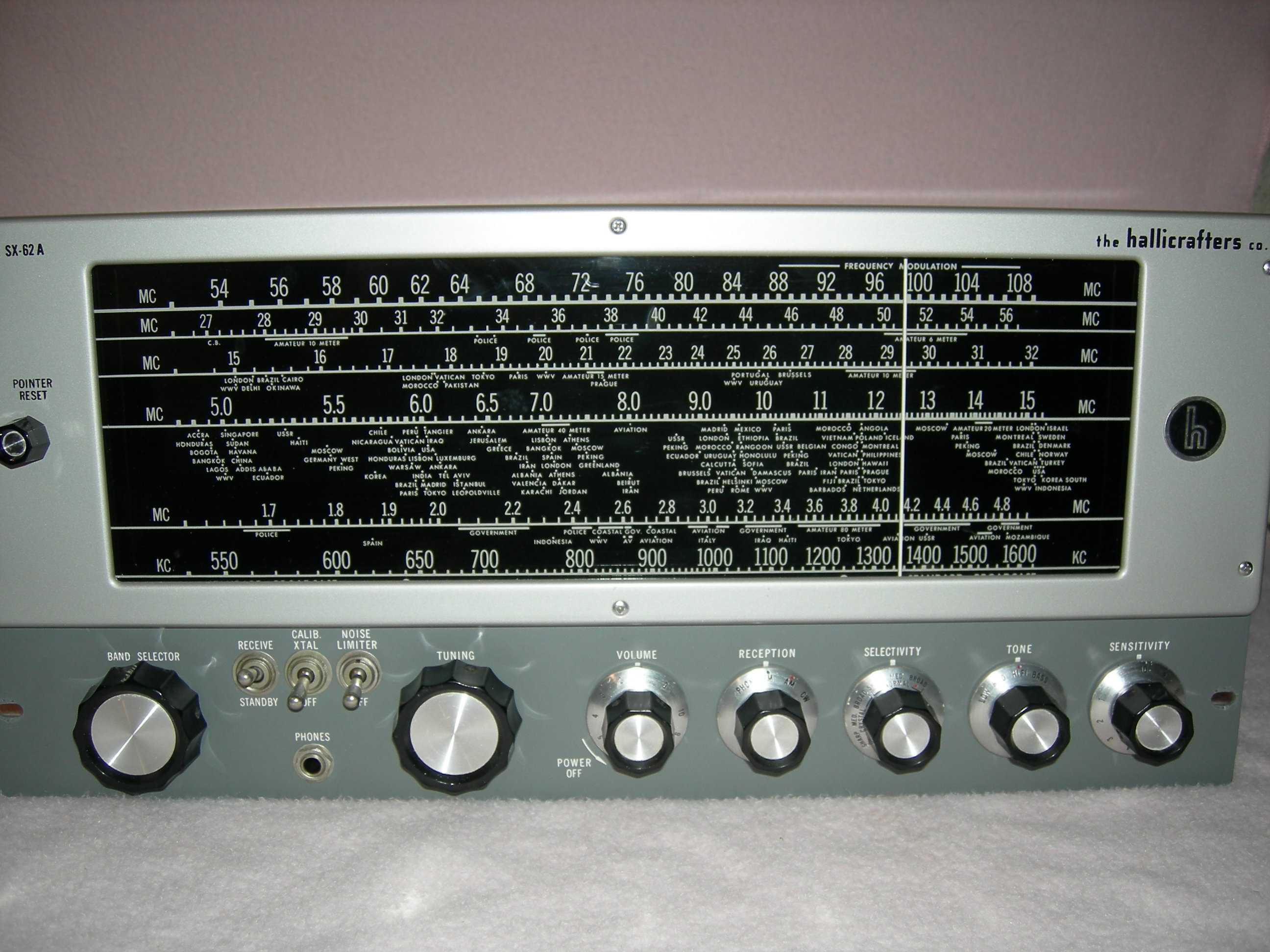 The Hallicrafters SX-62A is a high-end shortwave listeners receiver from the 1950s that includes the FM broadcast band.

I recently acquired this receiver and it is in remarkable condition.  It worked fine when I got it, but the sound was badly distorted.  The IF and RF sections were out of alignment.  I do not know the history of this receiver, but I’m convinced it was not used very much at all.  The front panel is in perfect condition.  The cabinet has been scratched and the finish damaged.  All of the tubes appeared to be the original Hallicrafters tubes.  The dial lamps are original and they still work.  I cleaned the chassis, replaced the line cord, installed an inrush current limiter, cleaned the switches and controls, and replaced paper and electrolytic capacitors.  There are three paper capacitors in the RF section that are extremely hard to get to for replacement.

There were some out of spec resistors in the audio output section that I replaced that helped clear up the audio distortion.

I changed the two 6V6 output tubes to new JJ Tesla tubes that I purchased in a matched set.  Push-pull audio output works best with matched output tubes.  The white “tube” in the rectifier socket is actually a solid-state rectifier replacement for the 5U4 rectifier tube.  I wanted to cut down the power transformer load and provide a more stable B+ voltage.  This saves about 15 watts of power.

Aligning one of these receivers is a major chore and takes a lot of patience.  The nice thing about it is the FM section can be aligned with a standard AM modulated signal generator because of the AM capability on all bands.  It took me several tries to get the crystal filter aligned.  The alignment instructions are a bit vague.

The cabinet has been professionally re-painted.

The SX-62A has an 8-ohm speaker connection so I connected a small bookshelf speaker directly to the 8-ohm output.

I really like the fact that I can listen to shortwave, AM broadcasts, and FM broadcasts on this receiver.  The push-pull audio is rated at 10 watts and the sound from this receiver is incredible!

This is not a DX’ing receiver.  It does not have SSB capability and is really not stable enough for DX work.  This is not why I got this receiver so it is of no concern to me.

This will definitely be a keeper for a long time.