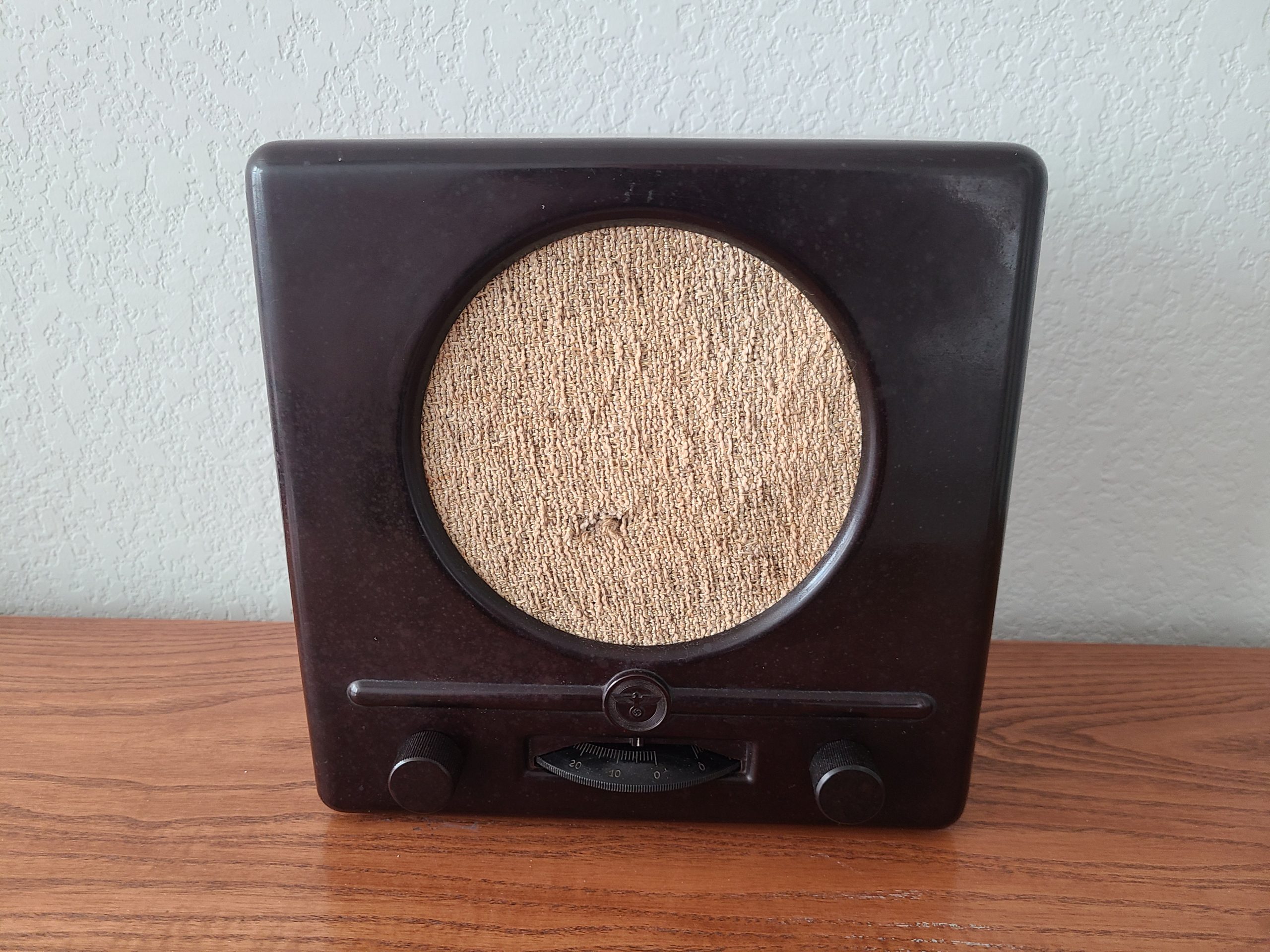 This is a Pre WW II two tube design vintage German radio. It was designed to be a low cost radio and is a TRF (Tuned Radio Frequency) radio design. It was used extensively during the war for propaganda. The frequencies are limited to MW (pretty much standard broadcast band), and LW that is no longer used. It did not have shortwave capability so Germans could not get any radio reception not controlled by the government.

The customer said it was brought back from Germany after the war by his Grandfather and he wanted to keep it as original as possible. The electrolytic capacitors were updated, and several wax capacitors replaced with newer components. An inrush current limiter was installed to help prolong the life of the tubes. Replacement tubes for this radio are available, but quite expensive. Luckily, the tubes in this radio were good. The cloth power cord was replaced, and the original European two prong plug installed.

This radio is interesting to me because of it’s history.

This Magnavox AC-DC radio needed five new tubes, a re-capping, and troubleshooting to find a broken connection in the FM tuner. I added an inrush current limiter and some additional 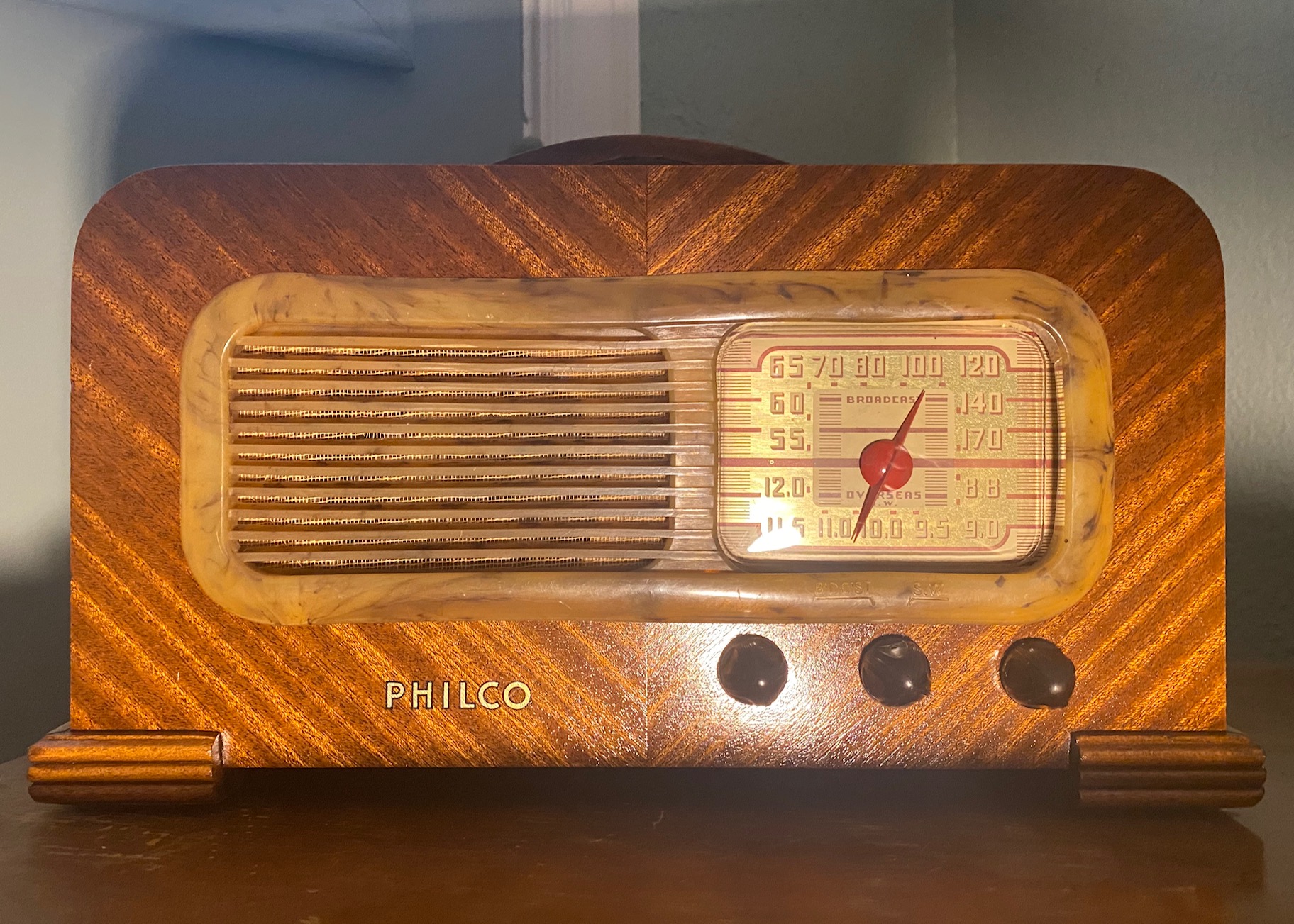 This radio came to me for restoration missing two tubes, a broken dial pointer, missing dial glass, and a poor finish on the cabinet. The radio was electrically restored, missing